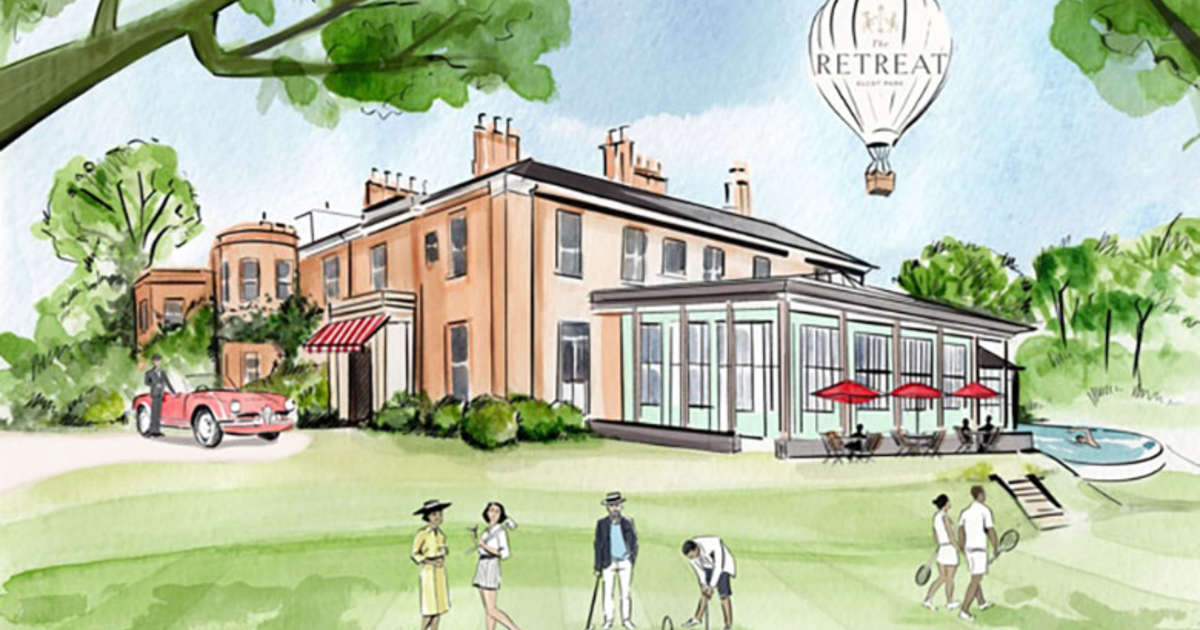 Announcing the second hotel of visionary British hotel brand The Signet Collection, The Retreat Elcot Park will debut from spring 2022. Housed in an 18th-century Grade II listed building located between Hungerford and Newbury, The Retreat will consist of 55 rooms individual style. with a magnificent assorted lot.

The property follows the recent opening of The Miter Hampton Court, which, within thirty days of its launch, won the Sunday Times ‘Best Hotel in London’ award and is on Conde Nast’s coveted list. Traveler for ‘UK’s Best New Hotels‘, among other top awards and accolades.

Dating back to 1772, The Retreat has a history steeped in history, most notably being the childhood home of the great poet Percy Bysshe Shelley. With stunning views over the Wessex Downs, the property is ideally located for those looking to enjoy both country activities and culture thanks to its proximity to the famous Downton Abbey Highclere Castle, the charming shopping town of Hungerford, Newbury Racecourse and Blenheim Palace. With excellent transport links to the M4, M3 and A34, as well as numerous train stations, the country retreat is easily accessible from many central hubs and only 45 minutes by train from London.

As with its sister hotel, The Miter Hampton Court, everything culinary will take center stage at The Retreat, which will open with two restaurants (an all-day brasserie and a pan-Asian restaurant). Other features include a whiskey tasting room, honesty pantries on every floor, and experiences for all age groups.

For private events, there will also be several meeting rooms and several private dining areas. Heading culinary operations is Ronnie Kimbugwe, whose experience includes time spent with the Gordon Ramsay group at Claridge’s Hotel and a decade with Bel and Dragon Country Inns.

Set on 16 acres, The Retreat will be a destination in its own right with an enclosed garden, tennis courts, an outdoor infinity pool (complete with designer cabanas and a Whispering Angel pool bar), croquet lawns and a children’s area. children.

To top off the experience, ‘The Courtyard’, a mixed-use retail space consisting of a bakery, cafe, hair salon and wine store.

Continuing the famous design aesthetic of The Signet Collection, The Retreat’s transformation will combine an original British sensibility, blending the old and the new. Refined and comfortable, luxury is at the heart of the design vision with a nod to the history and location of the property. As with The Miter at Hampton Court, The Retreat will be home to boutique bedrooms and fun, lively public spaces where people will quickly feel at home.

The Signet collection launched in September 2020 alongside the portfolio’s first hotel, The Miter Hampton Court. Founded by the former COO of Longshot, owners of Beaverbrook and Bel & the Dragon Group, the local and practical brand vision is to be comprised of several defining properties across the UK. With a string of accolades already under their belt, Hector Ross and his team have taken the British hospitality world by storm while staying true to their goal of creating meaningful stays in places consecrated by time.