(Lincoln City, Oregon) – For a few decades now, the Nordic Oceanfront Inn in Lincoln City has been one of those family destinations with a loyal following, but lately with a look that maybe needed a spruce up. inch. This is truly a Central Oregon Coast tradition, with at least two generations creating integral memories there. Many of them no doubt meant posing with the clumsy, shirtless Viking statue over the years, present long enough to see these photos go from paper to purely digital.

Now, however, the Norseman at the front has left the building. Newness arrives.

Central Oregon Coast powerhouse VIP Hospitality Group, LLC (VIP) picked it up a year ago and had big plans from the start. VIP is known for revamping old hotels and inns on the Oregon Coast into something new and striking, having done so with the Inn at Nye Beach and Inn at Wecoma years ago.

This one seriously bows to the history of Lincoln City, though little known to many. Nordic Oceanfront Inn will soon reopen as the Surfland Hotel and welcome an all-new slate of features and amenities, as well as a total remodel that promises vibrant colors and designs.

In the early 1960s, when the small towns of Taft, Oceanlake, Nelscott and a few other small villages were considering joining together to form one city, the Surfland name was a strong contender. Lincoln City was almost called Surfland, actually.

VIP regional manager Stephen Davis said it was more than just a wink.

“We found it important to incorporate a historic part of the city as we look to the future,” Davis said. “The name ‘Surfland’ is our salute to what many wanted our town to be called before Lincoln City was officially chosen in 1964. Our surf-inspired oasis pays homage to the past while bringing our favorite place into a new time. Our sleek, modern vibe welcomes guests who are young at heart and ready for a coastal adventure.

Surfland Hotel aims to open by the end of March, just in time for the crush of spring break visitors to the Oregon Coast. Along with the new name and new look comes new furniture left and right, an indoor pool and a sauna. One of the focal points of the changes will be a revamped courtyard that will feature fire pits, a drinks bar, barbecue grills, a bocce ball court, and a pet lawn (so, yes, the Surfland Hotel is pet-friendly). 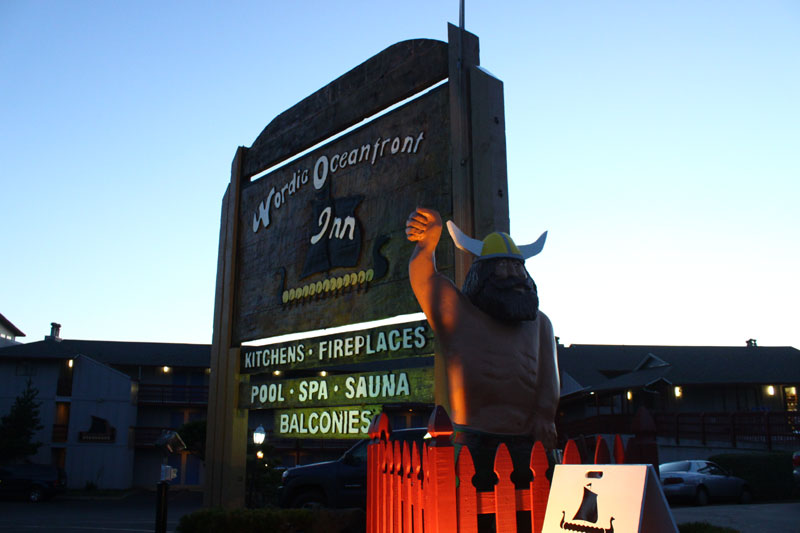 The 53-room hotel will still offer those sweeping views of the Pacific Ocean from every room, and there will still be beach access from here. Balconies and patios will remain front and center for these views, all of which come in handy when those infamous Oregon Coast storms hit this stretch or the many “resident” whales roam around.

The large terrace also remains, overlooking the ocean – and it and the courtyard will provide a unique outdoor gathering space.

“The drinks bar will be located in the newly redeveloped courtyard, offering guests the opportunity to relax by the fire with a cold pint of beer or sip a glass of regional wine,” Davis said. 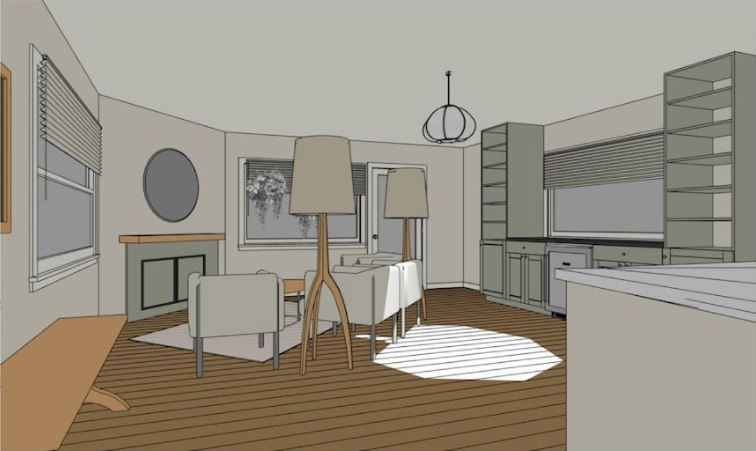 Rendering of the new design at the Surfland Hotel

Davis said the price range would be roughly between $129 (midweek off-season) and $399 (peak season).

It’s an approach somewhat between the more mid-range VIP Coho Inn and their upscale Inn at Nye Beach.

“It’ll be a mix of both with its own more relaxed vibe,” Davis said. “Surfland is truly a destination for the young at heart with premium amenities and purpose-built comforts. The hotel will be an upscale boutique property when the repositioning is complete in March 2022.”

Interior colors will reflect a surf-inspired theme: cool colors with hints of an Oregon Coast sunset.

The exterior will also undergo a major renovation.

“The exterior of the building is being repaired and refreshed with welcoming colors and style,” Davis said. “The courtyard is one of the largest outdoor projects we are undertaking at the property, which will bring a whole new vibe to the hotel.”

“Our surf-inspired oasis pays homage to the past while ushering our favorite haunt into a new era,” Davis said. “Our sleek, modern vibe welcomes guests who are young at heart and ready for a coastal adventure.”

Learn more about hotels, accommodation on the Oregon Coast…..

Back to the Oregon Coast