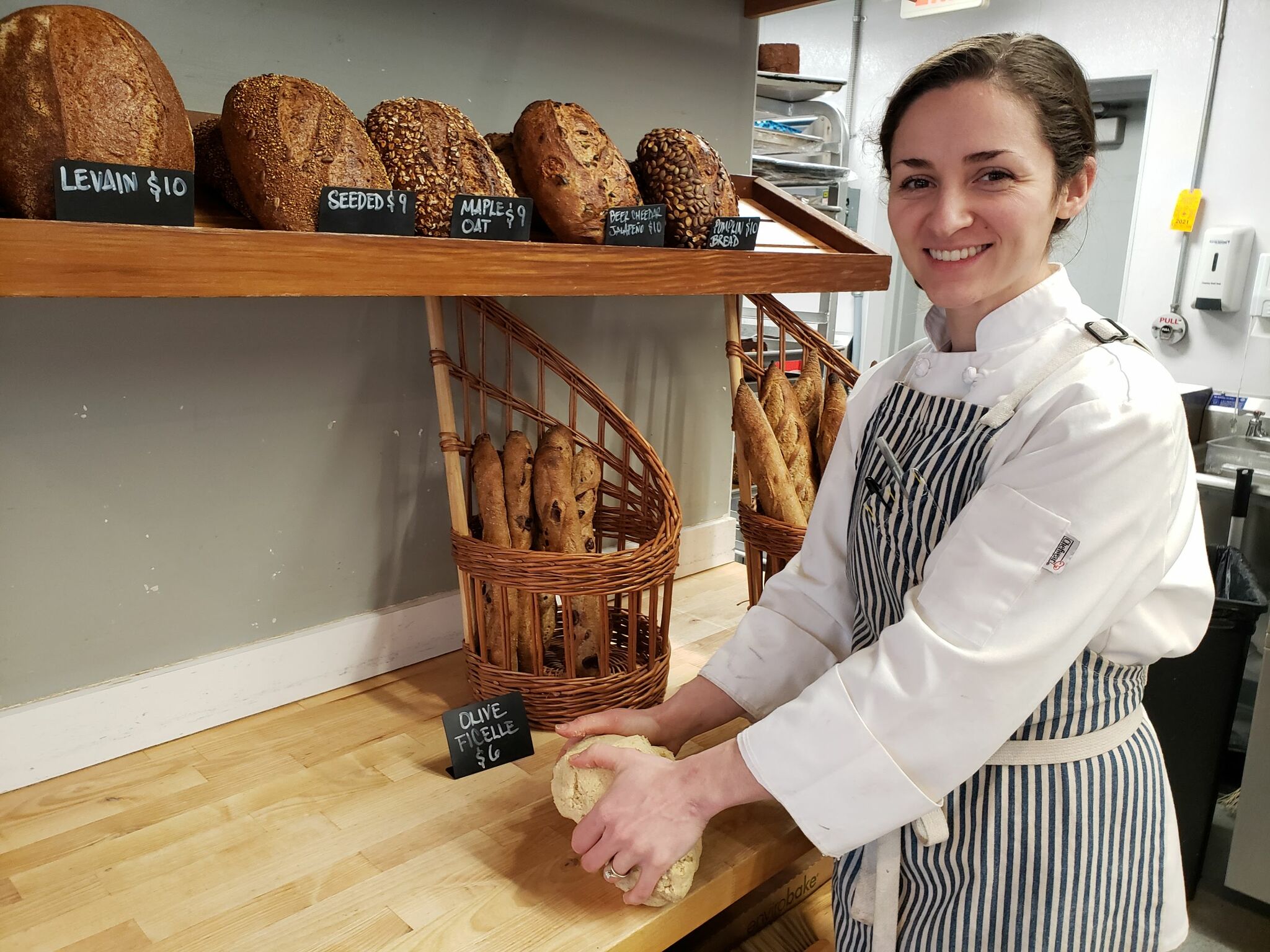 The Parker House Rolls are part of Marsha’s family. His father carried fond memories of his mother’s rolls from his childhood in California, a memory that grew stronger as he grew older.

The rolls, with a crispy crust and soft interior, were made famous at the Parker House Hotel in Boston. Created in the 1870s, they caused a sensation. The hotel’s recipe was kept secret, but a version was published in 1886 in Fannie Farmer’s Boston Cooking School cookbook. The original Parker House Roll was brushed with butter and folded over, puffing up as it baked. The natural top crease comes off easily to fill with jam or honey.

Tried it several times but never lived up to the memories of the family. Even though they were good, my buns were never the memory of a lifetime.

Among the old family papers, Marsha found a 3×5 map in a flowing script titled Parker House Rolls. She doesn’t know which side of the family he’s from, but it’s clearly pre-war. The ingredient list includes cake yeast, pints of flour, and the option of lard or butter. The method is vague, assuming lifetime baking experience and cooking proficiency. The dough is beaten by hand, no need for an electric mixer. “Let rise until light and bake ten minuets in a hot oven,” the sketchy instructions conclude.

I know how important this experience is. I tried the recipe, interpolating the ingredients and methods of yesteryear for today, but success was elusive. The effort was not a complete failure. The rolls were good but looked nothing like they should. I can see how practice makes perfect.

I enlisted expert help from Bethany Moreno, partner and baker of world-class treats at Kneads Bakery Cafe in Westport. She doesn’t make a Parker House roll per se, but does make a gorgeous golden brown roll with a rich buttery flavor, a memorable soft roll that could easily get the classic Parker House fold. His tear-off buns are not available at the bakery but appear on the menu across Riverside Avenue at The Whelk. This is where they stubbornly lodged in my bun memory.

Moreno’s Yeast Buns are made with hard red spring wheat flour, milk, butter, eggs and honey. Top quality ingredients are important. Almost as an afterthought, she mentioned that the milk was from Arethusa Farm and the eggs from Blue Hills Market. “Butter ’em,” she said with a Mona Lisa smile. “That seals the deal for flavor.”

Proofing is the tricky part with yeast breads; it’s hard to get it right. Underproofing is a problem, but overproofing is even worse. It takes experience and a light touch to hit the sweet spot. After mass fermentation, Moreno chills his dough overnight to develop the flavor. The rolls are then shaped, parboiled again and baked.

The recipe for Parker House rolls has evolved since the 1870s to include sugar and eggs. They are often not folded, just cooked shoulder to shoulder to be separated. Today’s rolls, like those from Kneads, are richer and even more irresistible.

I love making yeast breads; the climb always looks like a miracle. The varied flavors and textures are an inexhaustible source of pleasure. But it takes practice. The amount to mix and knead, the timing of the rise, the shaping of the dough and the final baking all benefit from repetition.

My son, Bertram, has the Parker House family itch. He is always looking for the ideal recipe. Currently, he prefers one from Bon Appetit magazine based on The Fannie Farmer Baking Book. I’ll try.

As the French architect Le Corbusier said, “creation is patient research”. This applies to both bread and buildings. I’m still looking for the perfect Parker House roller.

Frank Whitman writes a weekly food column called “Not Bread Alone”. He can be contacted at [email protected]