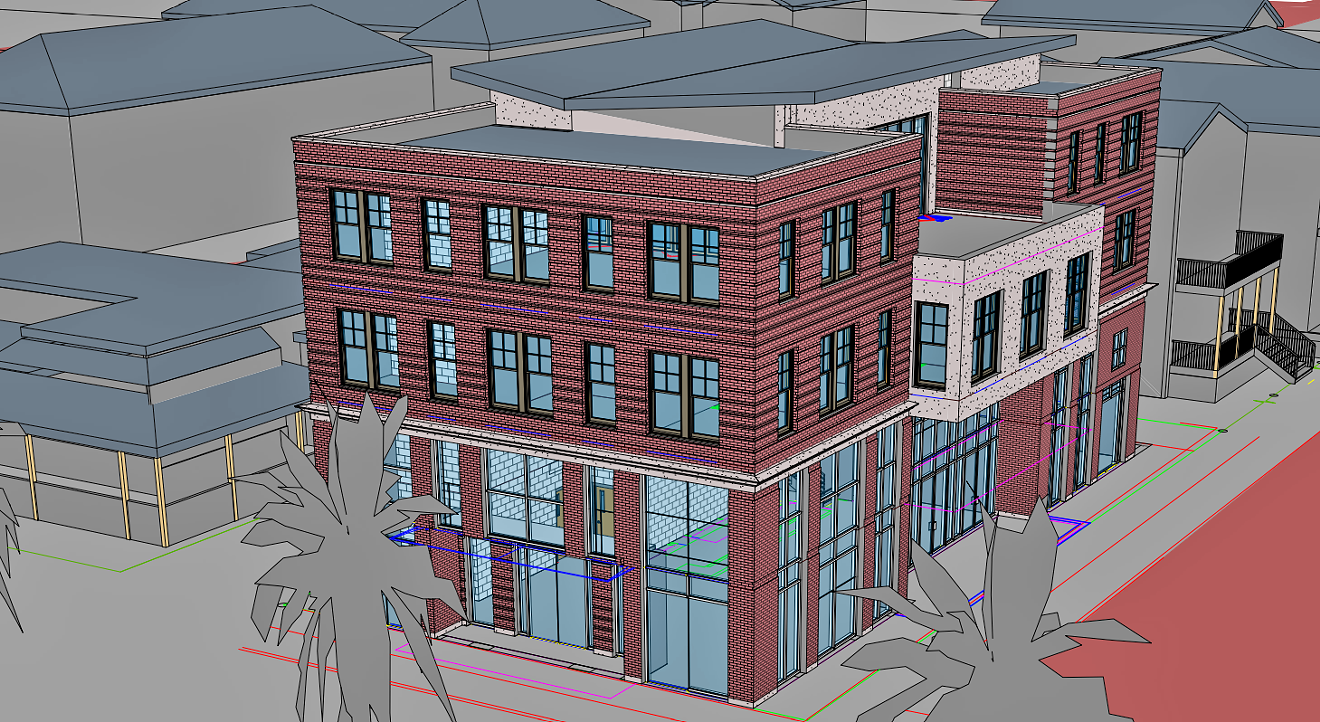 Former State Representative Craig Gordon plans to build a 3-story mixed-use building next to Tacos + Tequila on the southwest corner of Habersham and 32nd, where the restaurant currently leases parking space.

The proposed building would include a private club with a restaurant for special events, meeting space and 11 single occupancy rooms for club members or their visitors to stay overnight.

Gordon said last week he envisions the club as a resource for small business entrepreneurs to come together and collaborate, something akin to the international club Soho House and Atlanta’s Gathering Spot. The property has been in Gordon’s family for generations and at one time included the adjacent land and building that now houses Tacos + Tequila, which his grandfather originally built as a liquor store.

The 32nd Street car park and Habersham, with Taco + Tequila in the background.

Gordon said there has been a lot of interest in the property over the years, from Starbucks to condo and housing developers, but the family wanted to ensure the property remained under their control, while contributing to the town.

“We found, hey, this was one of the first companies that sort of paved the way for our family, let’s invent something that lays bricks for future companies that need a place to gather, thrive and form a collective themselves,” he said.

Gordon’s architect, SHEDDarchitecture, is looking to consider the height and massing of the building when the Historic Preservation Commission meets on July 27.

Photo above: A rendering of the proposed building, as submitted by the architect.

Proposed parking garage for parking next to Savannah City Market, Club One

A parking garage could replace a retail parking lot on the ground floor according to a plan recently submitted for review.

The 5-story garage is proposed to be built on the land between the Hilton Garden Inn (next to Club One) and City Market (Vinnie Van GoGo side) with Jefferson and Montgomery on the east and west sides.

Although zoning limits construction to 4 stories at the location, there is an option for the additional floor by incorporating “active” uses on the ground floor. In this case, retail and restaurant tenants should operate there.

The height and massing review of the project (known as the Part I review) has been postponed after it was originally submitted to the Historic District Review Board meeting on July 13. The petition was prosecuted to give the petitioner the opportunity to work through several concerns expressed by staff and to allow him time to contact nearby landowners, such as the First African Baptist Church.

With a new name and floral-themed mural, a former Homewood Suites on White Bluff Road is poised to serve Savannah residents rather than visitors.

A site plan was recently submitted to convert the 102-room hotel into a 102-apartment building, following the Savannah City Council‘s vote to rezone the site for residential use in January. Planned changes are minor and include ADA enhancements and security upgrades, and apartments are advertised as available starting in September.

Unfortunately, the unit rates are not as low as the developer indicated at the town council meeting. Now dubbed The Spoke, one-bedroom units in the apartment complex start at $1,134, effective July 7, while 2-bedroom units start at $1,774. At the city council meeting, the developer’s representative told the mayor and alderman that rents for one bedroom should be between $900 and $1,000, while 2 bedrooms would be up to $1,300 .

The developer said it could do a similar conversion with the Residences Inn next door, but such conversions aren’t practical for most hotels. These extended stay accommodation facilities are more easily converted into apartments since they already include amenities such as a kitchen. 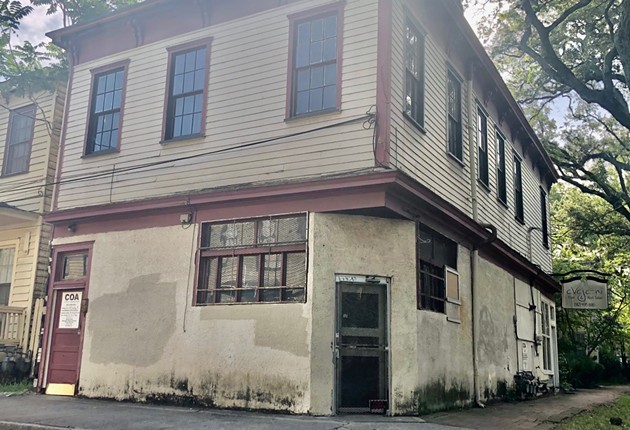 The proposals of June 22 agenda included the restoration of historic commercial building at 222 West Duffy. Built in 1894, the building has served many roles over its more than 120 years, including retail space and, more recently, a neighborhood breakfast restaurant, depending on demand. Staff have recommended approval for the restoration, which is being proposed by Michael Condon, owner of Restoration of period house.

The plan was approved by the commission on the condition of including design changes to doors and windows.

In addition, Greenline Architecture requested approval for building rehabilitation at Montgomery and 41st Street, as well as the removal of a second-story addition and the construction of one- and two-story additions. The structure at the corner of the block is a 2 story wood frame building historically used as a commercial store on the ground floor and accommodation on the second floor, depending on the application.

Records of the one-story brick structure along Montgomery Street indicate that it was historically used as an ice cream manufacturing building and later as a bakery. The current owners plan to rehabilitate the buildings for commercial use on the ground floor and create two 2 bedroom apartments on the second level with an addition above the brick structure.

The panel approved staff’s recommendation to delay consideration of the proposal for 90 days to allow the applicant time to make changes to the design, including redesigning the roof addition to be visually more compatible.