Palcall Tsumaoi isn’t particularly well-known internationally, but make no mistake: Japanese skiers and snowboarders know and love this resort, and for good reason. It is the largest in the Karuizawa region of Japan and a major attraction for skiers who appreciate long, wide and perfectly groomed runs.

Palcall is also rapidly developing a reputation for the quality of its terrain park – the largest in Asia – which has been an area of ​​interest for the resort’s new owners. It was built by the best in the business and attracts everyone from pro riders to kids throwing a jump for the very first time in the 24-hour mini-park.

No, you won’t necessarily get the waist-high powder you’d get in some of the snowiest parts of Japan, but that’s the point. This place is for everyone; it’s a beginner and intermediate paradise, easily accessible from Tokyo, with ski-in ski-out accommodation and resort facilities that make family vacations or weekend getaways easy.

A major feature of Palcall is its 3.2km high-speed gondola, which takes riders to the resort’s highest point (2,100m) for a searing 4.2km run to the resort’s ski center (1,370m). Palcall has launched an initiative called “Sunrise Gondola”, which allows station patrons access from 6:30 a.m. for extraordinary views of sun-drenched Mount Azumaya to the east. The initiative was such a hit with guests that it attracted hundreds of Instagram posts capturing the experience with the tag “パルコール日の出ゴンドラ/”.

In addition to the gondola, the resort is also served by two quad chairlifts, two double drag lifts and a magic carpet. 23 of the 24 runs are green or red, and you’ll be hard-pressed to find a better resort in Japan to learn or hone your skills, with ultra-wide runs (up to 1km) and consistent gradients. If you found yourself in places like Niseko or Hakuba surrounded by powder snow. choppy snow and bumps thinking, “what am I doing here?”, then Palcall may be a smart choice.

For its youngest visitors, Palcall has set up an area called “Family Land”, where children can go tobogganing or simply play in the snow.

While Palcall is traditionally considered a family resort, its “Magic Park” has become an attraction in its own right, catching the attention of freestyle riders across the country.

It’s been dubbed “Japan’s largest snow park,” but there’s more to Magic Park than just its size. Palcall enlisted the most creative minds in the industry to build the components: a traditional slopestyle course for intermediate and advanced riders, an innovative transition park and a 24-hour mini-park in front of the hotel (which riders can ride).

The transitional park was designed in collaboration with pro Ryo Aizawa, a former X Games rider who has been described as “a new-school snowboarder with an old soul.” It was designed to appeal to all levels of riders, from kids to pros like Aizawa, and includes 20 features – a creative mix of rails, kickers, volcanoes, banks, spines and more.

Palcall proudly boasts that 80% of the resort’s days are sunny, so it’s no surprise that it’s not a resort for those looking for gigantic snowfalls and deep powder days. There is still plenty of natural snow (this is Japan, after all), and the resort operates snow machines at full capacity throughout the season to ensure a consistent base of light, well-packed snow – for a sensation they call “Magic Burn”.

“We have some of the best grooming in the country”

“We have some of the best grooming in the country,” Kei Ishiuchi, a PalCall manager, said in an interview last year.

“We have some of the best grooming in the country,” said Kei Ishiuchi

Palcall is a purpose-built ski resort with a 135-room hotel at its base. It’s a true ski-in ski-out hotel that’s directly linked to the main gondola, meaning you won’t even have to step outside to start your day (no long cold walks to the lifts with kids in tow !) . 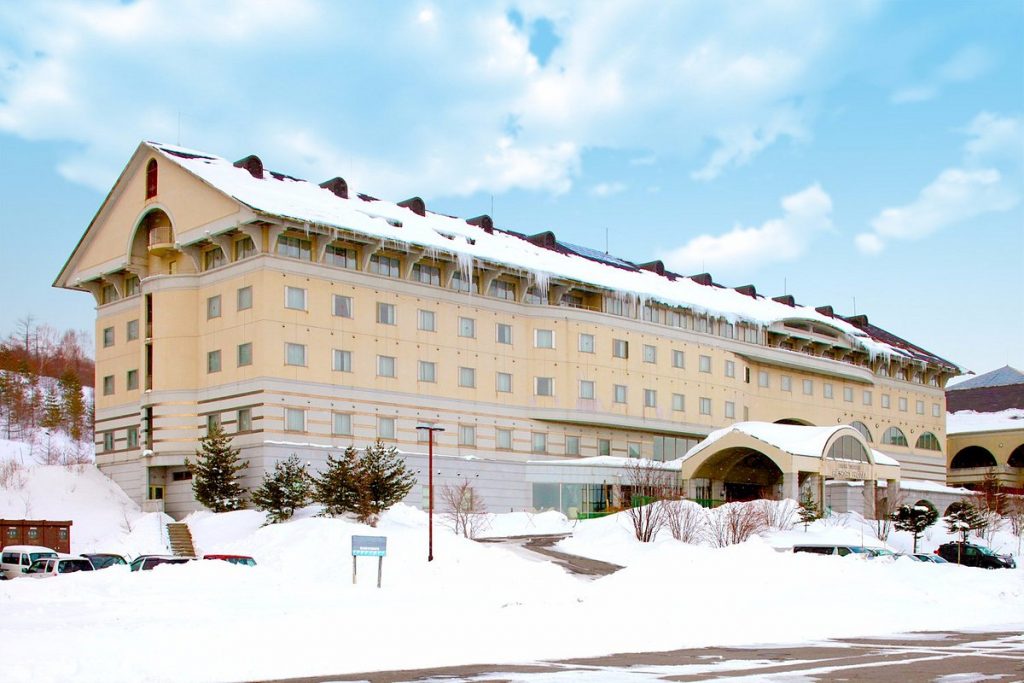 There are a variety of room types, including a 2-story Maisonette room (sleeps 4) and a large Japanese-style room that can accommodate up to six people. It’s a bit unusual in Japan, and a real luxury for groups or families that don’t want to split up.

A stay at the hotel will include a transfer from the train station, breakfast and access to the hotel’s thermal bath.

There is a “Salomon Station” rental shop on the ground floor of the Palcall Ski Center (Center House), where visitors can rent skis or snowboards for their stay. A standard set (ski + boots / snowboard + boots) will cost you ¥5,000/day, while a premium set – which includes a more advanced Salomon kit – will cost ¥7,000/day. For an additional 1,000 yen, you can even switch from skiing to snowboarding (or vice versa) for the day, a convenient move. Helmets and outerwear can be rented for an additional fee.

On the second floor of Center House is a retail store which, like many ski resort retailers in Japan, offers an interesting mix of ski/snowboard gear, accessories, snacks, souvenirs and liquor.

Palcall Snow School has only offered Japanese lessons in the past, but the resort plans to add an international team in 2022/23. Watch this space for more details.

Karuizawa Prince Outlet Mall is Japan’s largest mall and is such a popular detour for Palcall customers that the resort runs a daily shuttle bus. With ∼240 shops (all tax-free if you bring your passport), the outlet is a tourist destination in its own right, and in addition to the many luxury and lifestyle brands, it also has more than 30 restaurants. 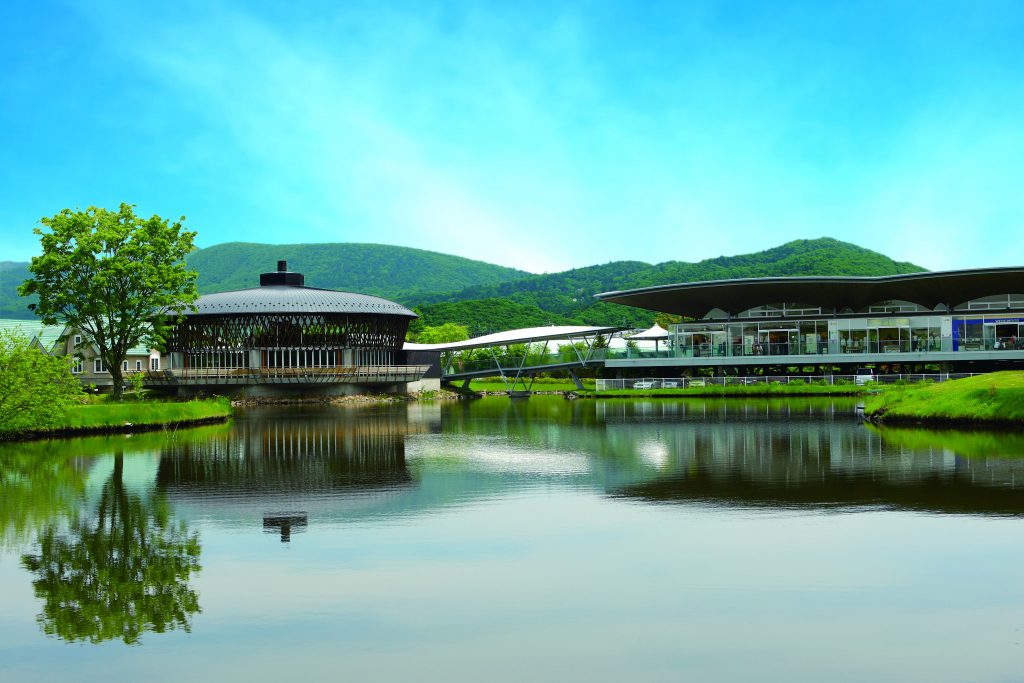 The nearby Kusatsu Onsen (a 30-minute drive) is a scenic hot spring resort, and is said to have the largest volume of running water in Japan (it’s also in the Japan Hot Springs Hall of Fame). Japan – yes, that’s a thing!). Due to the high acidity of its water, a bath in it is said to have many healing benefits, including an antidote for tired muscles at the end of a ski trip.

In addition to the many bathing facilities, guests in the area will also find many cultural and natural attractions, including “Yubatake”, a distinctive hot spring field which is one of the city’s main hot springs. .

Tsumagoi dinner (2F from the ski center) is the main restaurant for ski resort guests and offers many of the hearty Japanese dishes we’ve come to expect (and love) on a ski vacation in Japan, including Tonkatsu (豚かつ) , Katsu Curry (カツカレー) and Karaage (唐揚げ). The village of Tsumagoi is the biggest producer of cabbage in Japan and, to celebrate this, the restaurant offers unlimited shredded cabbage with all its menus and rice bowls – very healthy!

For those who like their meals spicy, extra spicy, or dangerously hot, we suggest heading to Renki (open weekends only), which serves curries, ramen and bowls of rice with generous portions of chilli. The resort boasts that its “18-ban curry” is “painful” to eat, but fear not: it also serves Unmai milk, a regional specialty, which will help keep your mouth calm.

If you prefer western cuisine, go to Palcall’s magic cafe (Magic Park base), for burgers that look straight out of an 80s American restaurant.

A common criticism of places like Niseko and Hakuba is that they have become too international (despite the recent lack of foreign guests due to border closures). Well, if you want to see how the Japanese travel, then Palcall is a good start. The station is just a speck on the radar for international travelers, yet Japanese tourists are flocking to its tracks in droves thanks to recent upgrades and initiatives like the “Sunrise Gondola.”

It is only a matter of time before the overseas market also discovers the appeal, which will no doubt be a priority for its overseas owners. In the meantime, take the opportunity to immerse yourself in Japanese tourist culture.

Of course, if you have quaint onsen towns and pretty izakayas in mind, then Palcall isn’t the place for you. But as mentioned above, it’s well placed for day trips to places like Kusatsu Onsen or Manza Onsen, which will give you a good dose of culture without losing the benefits of a convenient slopeside stay.

A tour of closed hotels in Havana with few tourists

Book hotels in Yosemite and Panama City for $99 per night