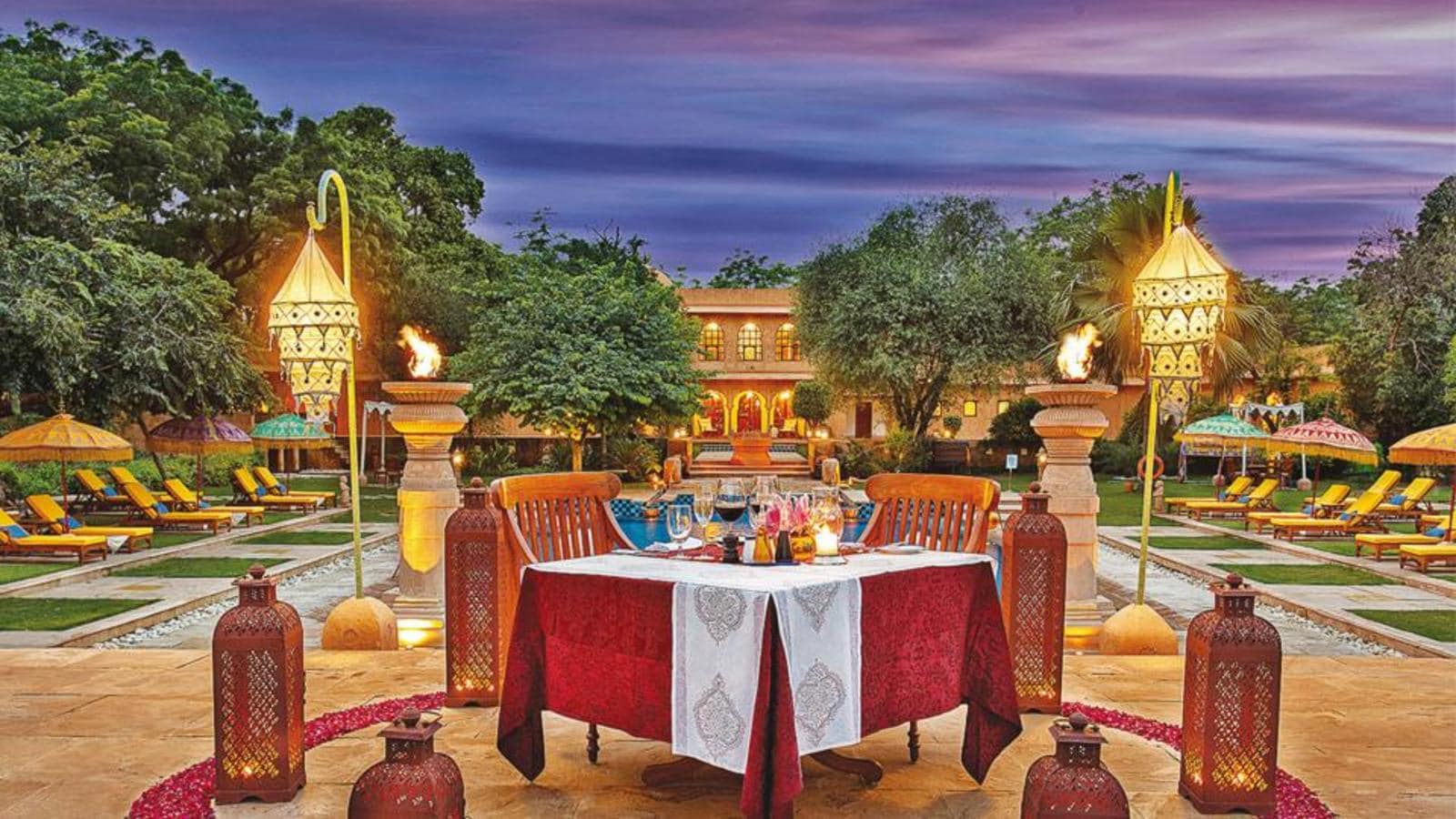 Each hotelier will spend this New Year’s Eve weekend in awe. After the second fatal wave led by Delta passed, life was just getting back to normal. Occupancy rates were increasing, restaurants were full, the wedding market was booming and it seemed like the worst was behind us.

Now, with the Omicron threat, hoteliers are worried about what the future holds. For many of them, the concerns are both personal and corporate. During the pandemic, many hotels cut wages. In some hotels, staff were not paid for several months. And some properties have fired people permanently.

But through it all, you must have admired the Indian hospitality industry for always showing courage and for working hard to help those most affected by the pandemic. Indian hotels have done a remarkable job of providing meals and shelter to those in need, often at a time when they themselves are suffering huge losses and their staff are struggling to make ends meet. But because we associate the industry with glamor, hoteliers never got the credit they deserve.

For part of 2020, I was grounded. But in 2021, I made a conscious attempt to travel for the sake of my sanity. In the first few months of the pandemic, flights had been cut short and even when they resumed, I was reluctant to get on a plane and got stuck at destinations I could drive to.

Later I got over these bookings but overseas travel was limited as it was difficult to go west, east was closed (it’s been almost two years now since I’ve been to Thailand; a personal best), and all you could do was travel to short-haul international destinations. So I’ve been to the Maldives three times, Sri Lanka and Dubai twice.

Watching our hotels cope with the new post-Covid reality has taught me some things. One of them was the adaptability and resilience of the Indian hotel sector. Take the properties of Oberoi Vilas, among the most beautiful resorts in the world. They were built by Biki Oberoi with foreign tourists in mind. So I asked myself: how would they cope with the total absence of international tourism?

In the end, they did extremely well and were often so full that you had to book weeks in advance to get a room. Subtle changes in the design of services have made hotels more friendly to domestic tourists. The butlers were more visible. Housekeeping spent more time in each room. The chefs offered many other items on the Indian cuisine menu. More whiskey was consumed; wine sales have declined. Indian guests tended to spend much more time in the hotel than foreigners, which is why the general managers of Oberoi changed their systems to accommodate this.

The original idea during the construction of Vilase was to serve very good food in simple dining type restaurants. But in recent years, Les Vilases have become centers of gastronomic excellence. Jaydeep Patil in Oberoi Rajvilas is one of the best chefs in India and I have never had a meal supervised by Arjun Singh Yadava in Amarvilas that was less than excellent.

The pandemic period has proven that domestic tourism has finally reached maturity. Like Europe or America, we do quite well without tourists from outside.

It was boom time for all the resorts as Indians began to take revenge on vacation. ITC, whom most of us respect for its city hotels, has found that its resorts have suddenly become huge profit centers. The ITC Grand Bharat in Manesar, built for conferences, has become the most popular resort in the region with high average rates and full occupancy rates. (Tried to book for this New Years weekend. But when I called five months ago they were already full.) ITC took over the old Park Hyatt in Goa (which I had often called ‘the world’s worst Park Hyatt’. ‘in this column) and turned it around completely. Although renovations were underway when I stayed there in July, it was by far the best hotel in Goa I have stayed in for a long time. Clearly, Nakul Anand’s strategy of expanding the range of ITC hotels is paying off.

Other hotels were just as surprising. I had always rated the Leela Palace Udaipur as the best value of the three big hotels in the city. (Udaivilas, Lake Palace and Leela) but a new chef (Simranjit Singh Thapar) gave him an advantage. The Leela Jaipur, a property I knew very little about, turned out to have around 40 villas with private pools at lower rates than the Rambagh. In Mussoorie, I was impressed with the excellent food and service at the JW Marriott which was run to the highest standards by Sachin Mylavarapu. In Chennai, Taj Fisherman’s Cove continued to be an old favorite.

Food and drink were often the key to success. The hotels in the city flourished when they managed to serve good food. The Oberoi Mumbai remains the best city hotel in India both because Udiksha Panshikar runs it so well and because Satbir Bakshi is a very good chef. In Delhi, Anupam Dasgupta (of whom Udiksha took over) made Leela Palace the best hotel in the city, at least in part because it is so focused on restaurants. The massive hiring of Sameer Sehgal as the hotel’s F&B supremo is a sign of Leela’s seriousness.

In Chennai, the precedent ITC Grand Chola remains the best hotel in town as it owns Avartana (which did for modern South Indian cuisine what Bukhara did for kababs). Even the nigiri sushi at Pan Asian by far without exception at Grand Chola was by far the best in South India.

In Mumbai, the Four Seasons wouldn’t be such a great option in a crowded market without Anupam Gulati’s food. In Delhi, it is Nitesh Gandhi’s emphasis on dining and banqueting that has made the JW Marriott the best hotel in the area. The Maurya will always dominate other Delhi hotels as long as it has Bukhara and Dum Pukht. In Delhi, it’s the food that keeps me coming back to Hyatt Regency again and again.

The kitchen remains the easiest way to bring a hotel back to life. None of the various avatars of the Shangri La in Delhi worked until the hotel opened the excellent Shang Palace and the Italian Sorrento. Good hotels have recognized how crucial F&B is. At the Hyatt Regency in Delhi, management made a special effort to bring their talented Chinese chef Zhang Hongsheng back to the China Kitchen, as regulars missed his food. He paid tribute to the legendary chef D Bungla by giving his name to his gluten-free bread. The Lodhi Hotel in Delhi was revived by Rajesh Namby making the most of low-key but talented chefs.

Of course, there is still work to be done. In Mumbai, the growing BKC district is in need of a luxury hotel. Our resorts are pale compared to those in the Maldives; Goa looks like a very poor cousin. But what there is no workaround is this: The hospitality industry has faced its biggest challenge to date. He fought back beautifully. And that made India proud.

The opinions expressed by the columnist are personal