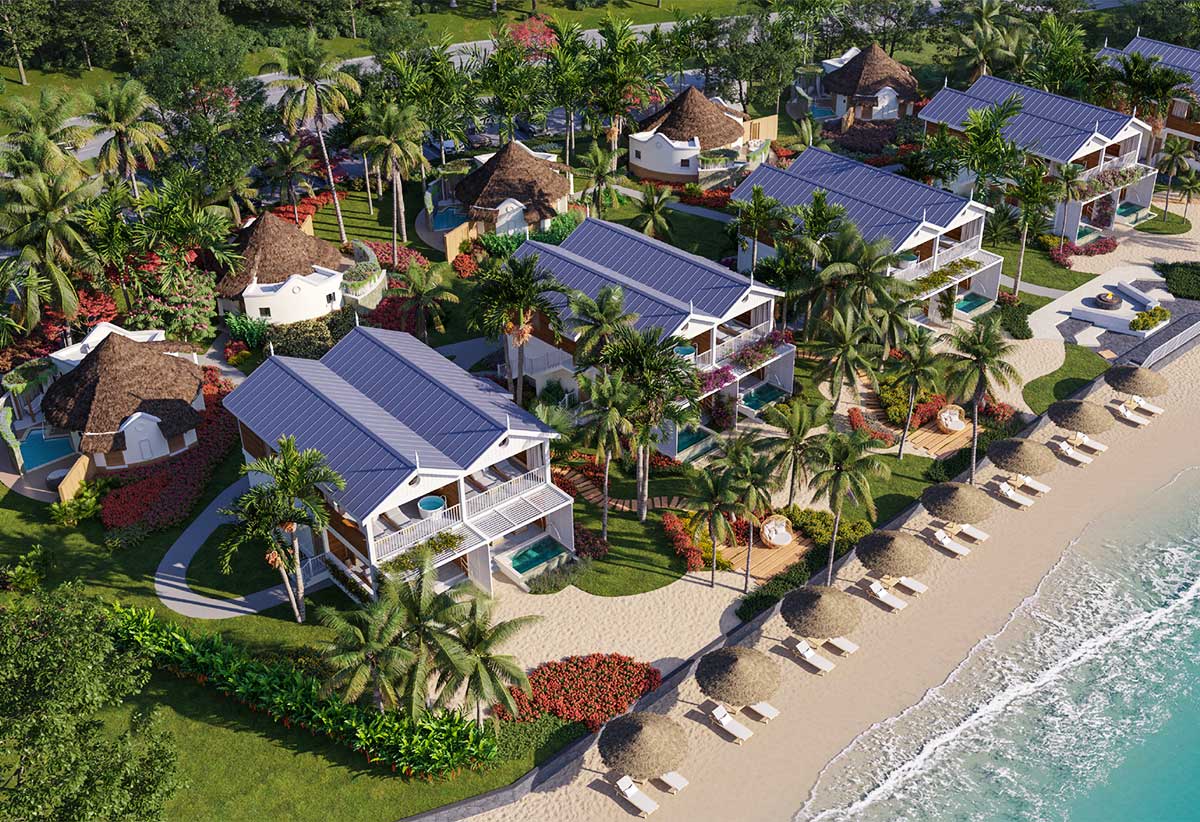 I grew up on Hospital Road in Castries, almost every Sunday after church, walking dangerously, with other neighborhood tweens, along the coastal waterline from Tapion to Yellow Sands Beach in La Toc, risking carelessly our young lives by timing giant waves to quickly jump and leap through slippery, moss-covered rocks.

Hotel La Toc was built there in the 1970s and our weekly adventures were no longer worth the risks… And in 1993, the Yellow Sands beach hotel became the first hotel acquired here by Sandals – a 220 acres which became the first Sandals Resorts on the island. International flagship (ISR).

Halcyon Beach Club is close to the hearts of other Saint Lucians over 60 for many reasons, including its location next to the old and popular Palm Beach Club, where most “dance until daylight” after each midnight mass for Christmas or New Year’s Day.

Next to the Palm Beach Club was a lawn tennis court, a training base for some of the best players on the island.

Much earlier, as a schoolboy and Sea Scout at St. Mary’s College, I dutifully aided my Seafarer father on some Saturdays by piloting the ‘Lundy Gull’ – a tug that carried a barge from Port Castries to Choc Bay with everything steel, metal and other tough materials to build “The Fisherman’s Wharf” restaurant which is still going strong today under another name…

My Sandals Grande story includes my wife Marie and I sitting down with President ‘Butch’ Stewart on the afternoon of a day we knew was his birthday and pre-arranging with a senior front desk clerk to deliver a surprise gift ( a hand-crafted three-legged wooden stool with a leather seat) which he silently accepted with watery eyes.

Prior to all of this, I had visited Sandals Montego Bay in Jamaica on an occasion where its top executives included Saint Lucians Lawrence Dupal and Cheryl Brown, sailed the company’s pride yacht ‘Lady Sandals’, piloted Air Jamaica when Allen Chastanet of Saint Lucia was Vice President-Marketing & Sales and the Sandals jet along with regional colleagues at the opening of new SRI properties on other islands.

Three of my four sons, having worked with Sandals, are well trained in the basic aspects of tourist services; and at each of their graduations I saw what a Sandals career meant to each of the scores each time starting the hospitality industry careers they all built from home and abroad , with Sandals and elsewhere.

Forty years after SRI purchased Hotel La Toc, I have watched him introduce, nurture and perfect his own “Love” and unique “Stay One, Play All” concept into the global luxury brand he is today.

Where once the Caribbean was best known for rum, carnival and cricket, today there is also SRI, which has flown the region’s flag from the highest masts for three decades in luxury couples all-inclusive and return family vacations offered by Marques Sandals and Beaches.

SRI would, in three short decades, make St. Lucia the island with the most properties outside of Jamaica – and in January 2017 announced the imminent start of construction on Sandals La Source St. Lucia, a brand new property of 350 rooms on 19 acres at Reduit Plage that would have been the brand’s largest luxury hotel by far — but for fear of a neighboring competitor…

Regardless of this huge shutdown and the onset of COVID-19, SRI and Sandals resorts here have risen to and overcome the challenge of the pandemic by taking early action to preserve, protect and secure staff, set and meet new standards – and making it pretty clear, in words and actions from day one, that securing staff and their jobs as much as possible was his #1 goal.

Where other large properties have simply closed, drastically reduced and/or turned their properties into quarantine quarters, Sandals, as the industry’s largest employer on the island, has taken care of its staff at home and at work – and used the downtime to upgrade its empty properties.

Sandals La Toc was the breakfast and dinner home of dozens of Cuban doctors, nurses and medical specialists here to help fight COVID-19 in 2020 – and that’s another notch on my board. Edge Sandals Saint Lucia.

The Sandals brand has grown beyond the exclusive boundaries of luxury accommodations: the Caribbean’s largest private family in the tourism and travel sector has partnered in 2021 with the University of the West Indies (UWI) and to Florida International University (FIU) to launch a Regional Tourism University, in memory of Gordon ‘Butch’ Stewart, to ensure that its brand models of award-winning and globally recognized annual standards always remain focused at- beyond gold and platinum.

Aside from the imprint in my mind of the renders for Sandals LaSource Saint Lucia, my favorite Sandals photo is of Gordon ‘Butch’ Stewart in a suit and his son Adam ‘Walking on Water’ at Sandals Grande.

Adam and his team have continued to steer SRI in the directions set by his father and, since January 2021, are also charting their own new paths, including an early promise to create 5,000 jobs in the region over five years by improving and expanding existing properties – and building new ones – St. Vincent and the Grenadines and Curaçao now join the growing links of the SRI chain in Antigua and Barbuda, Bahamas, Barbados, Grenada, Jamaica, St. Lucia, Turks and Caicos Islands.

It was against this varied background that I welcomed the latest local Sandals company to simultaneously expand its three exclusive resort properties in less than two years, creating hundreds of jobs each time.

Through my precious youthful experiences in Yellow Sands, I learned to expect the unexpected, for the better, from Sandals.