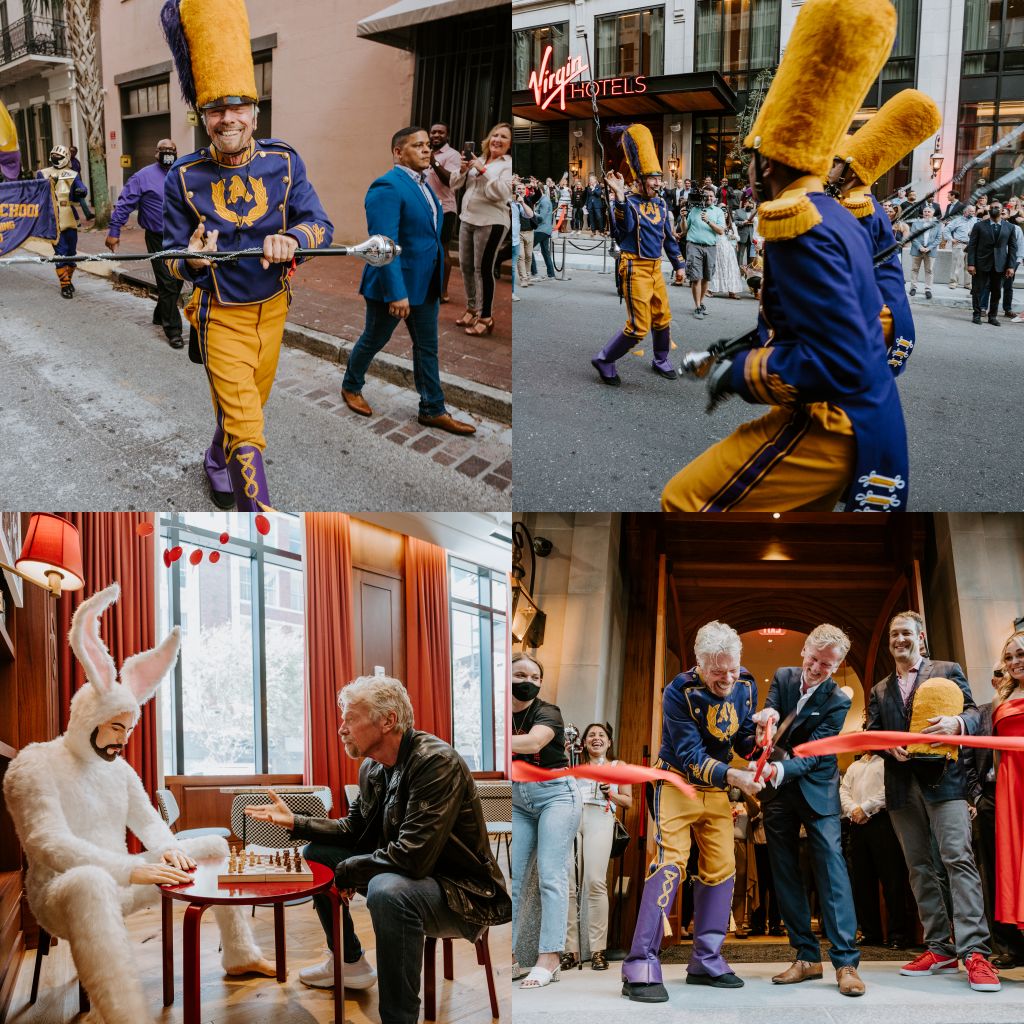 The people of New Orleans gathered on October 7 to celebrate the city’s resilience and continued growth as an international destination with the opening of Virgin Hotels New Orleans, the most recent hotel in Sir Richard Bransonis the growing lifestyle hotel brand.

Sir Richard arrived on the property, baton in hand, accompanied by the 100 running, the internationally renowned group of St. Augustine High School in nearby Lafayette Square.

“We are happy to be a part of this community and embrace the incredible spirit of New Orleans,” said Mr. Richard.

“How wonderful to celebrate this magnificent new property and be part of the continued growth of one of the most magical cities in the world.”

After the parade arrived in droves at Virgin Hotels New Orleans, Sir Richard, James Bermingham and Dave pollin de Buccini / Pollin Group presided over a groundbreaking ceremony which reflected Sir Richard’s dedication and commitment to the Big Easy. Students and participants received a native magnolia tree to plant from Common Ground Relief, including Plant a million trees The campaign aims to help the city and communities on the Gulf Coast create healthy and hardy coastal wetlands.

No Crescent City event is complete without music and the opening event. Musical guests and artists, including Ivan Neville and DJs Boyfriend, Logic and Jodeci Juice, showcased the hotel’s fabulous dining and entertainment spaces. Performances were held throughout the property, from the Shag Room and Commons Club on the ground floor to the Pool Club and the Dreamboat on the 13th floor.

“Our enthusiasm for opening Virgin Hotels New Orleans grows every day as we witness the passion and pride New Orleans residents feel for their hometown. The welcoming spirit. the city, vibrant entertainment and incredible dining experiences are all things we are delighted to bring to life at our hotel, ”said Bermingham.