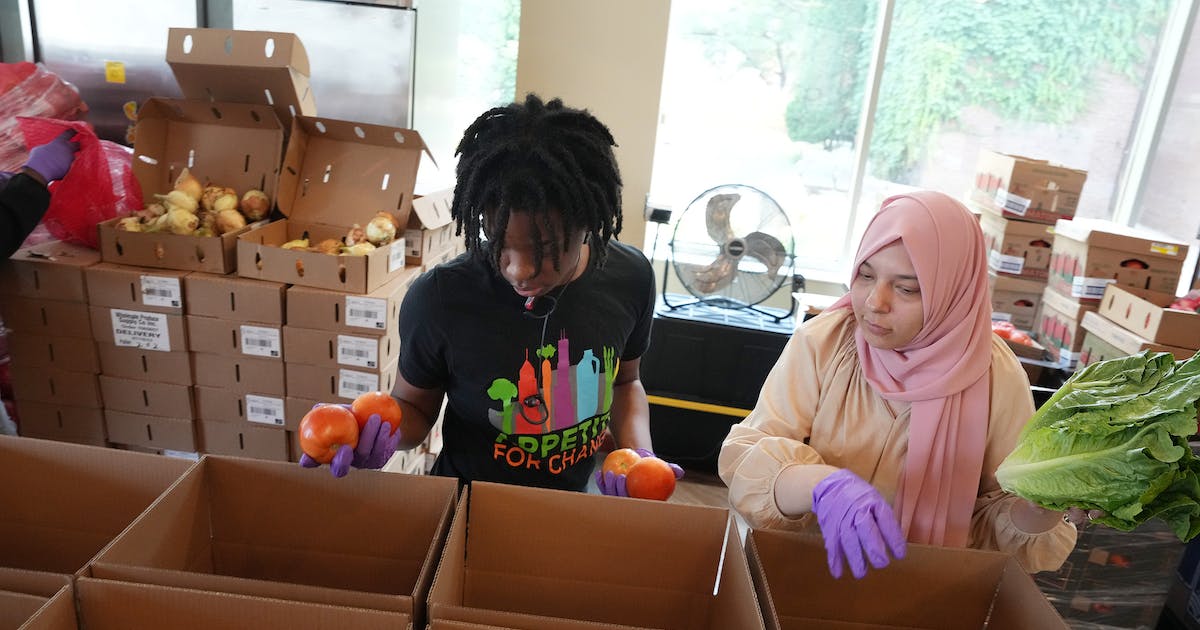 The former St. Joseph’s Hospital in downtown St. Paul officially reopens Thursday as a wellness center, aiming to be a one-stop-shop for food, medical, aging and other services for people face economic and demographic barriers to good health.

The new Fairview Community Health and Wellness Hub is launching with half a dozen medical and social service providers – and space to add other services that community leaders believe will be helpful.

While the phased closure of the state’s oldest hospital has been controversial, Fairview chief executive James Hereford says the end result is a new way to improve community health that replaces redundant subway medical services from the east.

“There are two other hospital facilities in blocks literally that were better suited, newer, more capable,” he said. “What the community didn’t have was that kind of offer.”

The first version of the center will be a mix of existing and new services – including an expanded addiction and mental health outpatient clinic, and a federally licensed health center that provides acute medical care regardless of ability to pay. patients.

Fairview’s Ebenezer Aged Care System has opened an on-site day activity center for seniors living at home, and Second Harvest Heartland and other partners are centralizing food collection and distribution efforts there.

The strategy is to bring together a wide range of health services that people would otherwise need to access individually, said Diane Tran, Fairview’s executive director of community health equity and engagement.

For example, an elderly person on a trip could participate in daytime activities and also get checked out at the local clinic. A low-income patient could be given a “food prescription” to improve their health through better nutrition, then stock up on groceries.

The goal is to track changes in patients’ lives and help them overcome social determinants, such as a lack of local affordable housing or fresh food, that can harm their health, Tran said.

“Having coordinated care as well as access to upstream preventative supports is going to increase wellbeing and outcomes, medical and otherwise,” she said.

The transition has presented some challenges to St. Paul, as St. Joseph’s has reduced its emergency and inpatient services over the past two years. It stopped providing mental health care to inpatients on July 1 and only a long-term intensive care unit remains, although it will grow from 15 to 24 beds.

Fairview plans to convert the closed Bethesda Hospital north of the state capitol into a stand-alone mental health hospital, but first needs a positive public interest review of the proposal by the Department of Health of Minnesota. A conclusion is expected next month.

Hereford said Fairview was not only acting as landlord for social service and health care organizations moving into the former St. Joseph’s Hospital, but also as curator to ensure the right mix of services emerges. at the center to collectively improve the health of the community.

“These are a lot of good people,” he said, “who have never had the opportunity to work side by side, side by side, with the goal of improving the health of the community, a way that can better coordinate their efforts.”