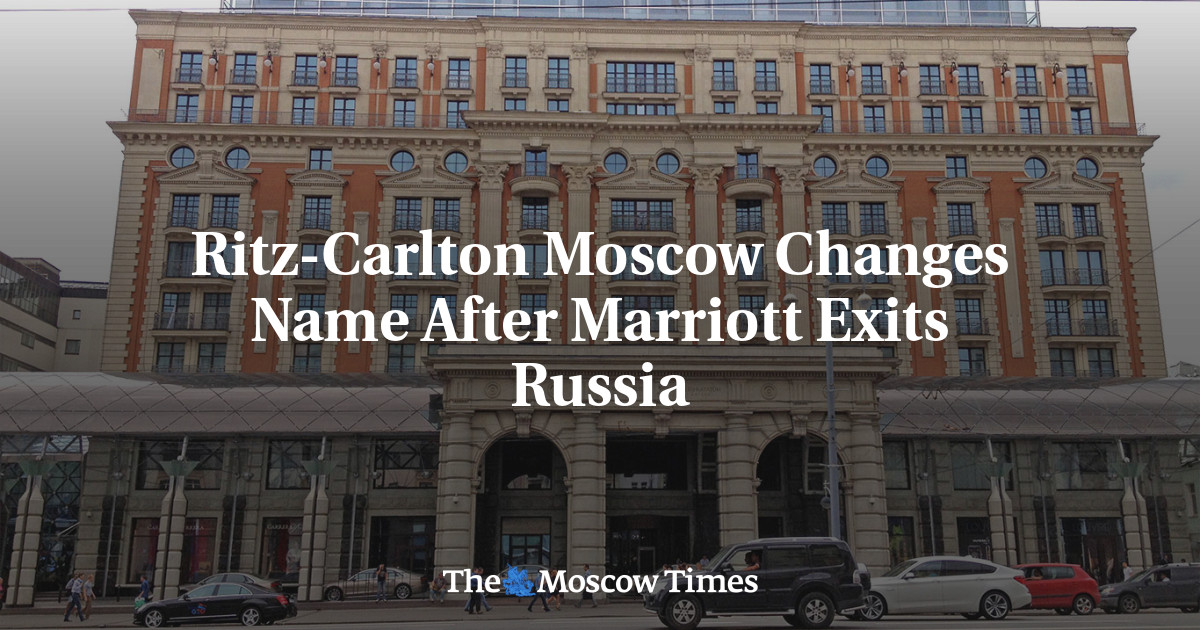 The Ritz-Carlton Moscow is changing its name after its parent company, the American hotel group Marriott International, withdrew from the Russian market following the invasion of Ukraine, the five-star hotel announced on Monday.

The luxury hotel, located just steps from Red Square on Tverskaya Ulitsa, will henceforth be known as Carlton Moscow, it said in a statement published by the official TASS news agency.

“The Ritz-Carlton Moscow continues to operate as an independent hotel in accordance with international network best practices and announces a new name, ‘The Carlton Moscow’,” the statement said. Lily.

The renowned hotel also announced a new website address, www.carltonmoscow.com, as well as a new logo.

Marriott International, which owned about 30 hotels in Russia, closed its Moscow headquarters and suspended new investments in Russia in March, joining a wave of multinational companies leaving the Russian market following the invasion of Ukraine by the Kremlin on February 24.

The Ritz-Carlton Moscow has kept its doors open since the invasion began, with Marriott claiming the hotel is owned by a third party.

It is one of the many luxury hotels in the Russian capital to have reported a lull in visitors since February, according to Bloomberg, as Western countries have sought to isolate Russia economically through sanctions and airspace bans and urged their citizens to refrain from traveling there.

A number of other international hotel chains have also suspended operations in Russia since February, including InterContinental Hotels Group.