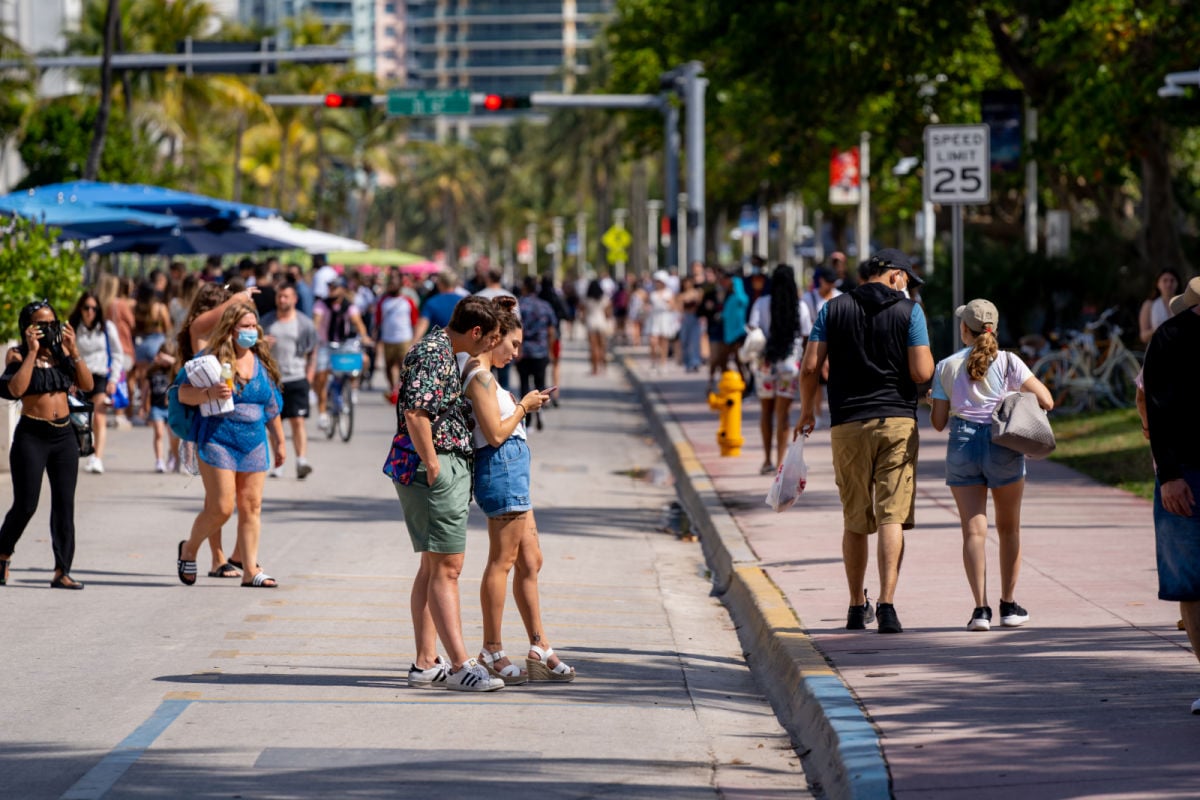 It has become clear that the only way to defeat the virus is to learn to live with it.

This belief has been embraced by most countries around the world, particularly the United States which has announced in recent days that it will no longer require travelers to present proof of a negative Covid test when traveling within the country.

Even though most countries, including the United States, have rules and policies in place that allow people to live with them, there are 3 key cities that have become hotspots for the virus.

The three major urban centers in the United States where the coronavirus is spreading the fastest right now have something in common: they are major hot-weather tourist destinations.

With summer in full effect, one can see how those numbers are likely to continue to rise.

Miami-Dade County, Florida; Honolulu County, Hawaii; and San Juan, Puerto Rico, are all averaging at least 85 new cases per day per 100,000 people, with test positivity rates above 20%, according to a New York Times database.

In contrast, the country as a whole averages 34 new reported cases per day per 100,000 people, with a positivity rate of 13%.

Since last week, new confirmed cases in the United States have remained roughly flat at around 110,000 a day on average for the past two weeks, according to a New York Times database, after rising from less than 30,000 a few months ago.

And these are just the reported cases; the widespread use of home testing means many positive test results never enter official tallies, experts say, and many people with mild or no symptoms may never be tested at all.

One of the reasons cases are on the rise in these 3 key tourist destinations is simple due to the large influx of people.

With people traveling for spring break, holidays, major events such as the Miami Grand Prix race, and growing public apathy over the pandemic, it’s no surprise to many that cases have to increased again in recent weeks.

The CDC now considers Miami, along with much of Florida, a high-virus area where additional precautions are recommended, including wearing masks on public transportation and in indoor public spaces.

Hawaii has recorded its highest traffic numbers since the start of the pandemic.

Hawaii had some of the strictest travel restrictions in the country, requiring anyone arriving in the state to complete a 14-day quarantine.

In March, it lifted its travel restrictions, allowing travelers from the continental United States to enter without testing, and became the latest state in the country to drop its indoor masking requirement.

A month later, the state’s tourism industry recorded its highest traffic numbers since the pandemic began, with more than 800,000 visitors arriving in the Hawaiian Islands.

The summer tourist season means large gatherings and increased contact between people, a recipe for the easy spread of infection, even if fewer people suffer from serious illnesses.

COVID-19 hasn’t worn off as much as our patience for precautions. People who intend to travel to these popular destinations this summer should be aware of the increased risk that their vacation hotspot will also see an increase in cases.

While these areas do not have additional travel restrictions or rules applying to visits at this time, they very well may in the future. Anyone with a trip planned should continue to check with local health boards to see if any changes are being implemented that may affect their trip.

Travel insurance that covers Covid-19 for 2022

The Travel Off Path Community FB Group has all the latest reopening news, conversations and daily Q&As!

Enter your email address to subscribe to the latest travel news from Travel Off Path, straight to your inbox

Disclaimer: Applicable Travel Rules and Restrictions may change without notice. The decision to travel is ultimately your responsibility. Contact your consulate and/or local authorities to confirm entry of your nationality and/or any changes to travel conditions before travelling. Travel Off Path does not approve travel against government advice

What stopped the administrator of Tinsukia from sealing the luxury hotel in the collection of “illicit liquor”?